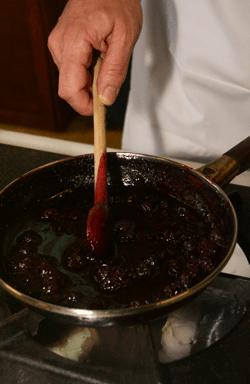 Neal Robertson’s recipe that won him the 2011 Speciality Award!

To make the compote: bring the berries and sugar to the boil until the berries burst and the sugar dissolves. Add more sugar to taste.

To make the porridge: toast the spices in the oven for 5 minutes to take away the rawness and set aside. Boil the oatmeal and water until the water is absorbed, then add all the other ingredients and cook until thickened.

Check seasoning and serve topped with the warmed compote.